Joined: As a trainee in March 2018
Practice area: Litigation and dispute resolution

It feels like only yesterday that I was deciding whether a career in law was what I wanted to pursue and that those three daunting words – “the real world” – were murmuring through the halls and corridors of King’s College London (KCL). As a third-year student – and even as a second-year student, following the increasingly competitive nature of the legal industry – the question that seemed to be on the tip of people’s tongues was: what are you planning to do when you enter the real world?  In an effort to be able to answer this with confidence, I attended a variety of talks, networking events and informal drinks with trainee solicitors. Speaking to trainee solicitors from a range of different law firms proved not only invaluable in affording me the ability to decide whether a career in law was what I wanted to pursue, but also in deciding which law firm would be best-suited for me and in helping me to gain a true insight into what working life as a trainee solicitor at a corporate law firm was like.

The events I found particularly useful to attend as an undergraduate student included; the KCL Law Fair held on campus (this housed representatives from a range of law firms all under one roof, which made it a brilliant starting point in appreciating the slight nuances that exist between different corporate law firms); insight/open days at the law firms that were of the most interest to me (Macfarlanes holds an insight day for first-year students which offers an insight into City Law and Macfarlanes), and networking events (given that these provided an excellent forum wherein partners, associaes and trainees could be quizzed on what working life was truly like in their department of the firm in question).  The most insightful question I found myself (and others) asking was, ‘what makes working in this corporate law firm different from working in any other corporate law firm?’ It was hearing Macfarlanes’ employees answering this question that encouraged me to not only pursue a career in law, but to pursue a career at Macfarlanes.

Given that such events played a vital part in getting me to where I am today, it was an honour to attend the KCL Annual Workshop and the “Meet the Trainees Event” (both ran by the KCL Law Society). Unsurprisingly, the questions students asked were all too familiar and echoed many of the questions my former third-year self had – which is no doubt an illustration of the fact that no question is a “silly question”, but is in fact a question that probably half the room is willing somebody to go ahead and ask! Subsequently, I hope that in attending these events I have not only inspired others to pursue a career in law, but also confirmed that those three daunting words – “the real world” – aren’t so daunting with a little preparation, research and some good old fashioned Q&A sessions. 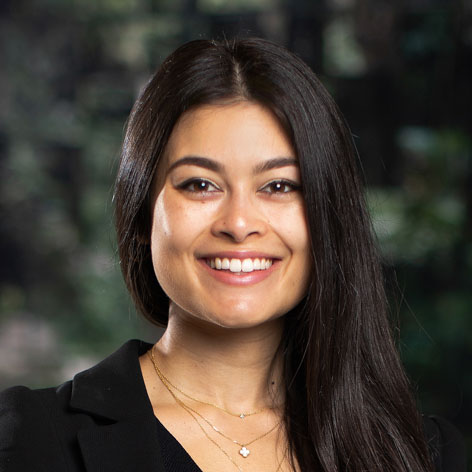 Speaking to trainee solicitors from a range of different law firms proved not only invaluable in affording me the ability to decide whether a career in law was what I wanted to pursue, but also in deciding which law firm would be best-suited for me.