Governments and corporates are facing an onslaught of litigation over climate change, environmental damage and allegations of ‘greenwashing’.

The rise of environmental lawsuits launched by individuals, NGOs, companies and trade associations is staggering: in the 28 years between 1986 and 2014,approximately 800 cases were filed globally. In the subsequent eight years, until mid-2022, the total was 1,200. Furthermore, the geographical scope of filings is also widening, with 47 climate cases in Latin America and the Caribbean, 28 in the Asia-Pacific region and 13 cases in Africa – a total of 88 – in the year from May 2021 alone, up from 58 in the previous 12 months.

Environmental litigation has many targets: governments, businesses, the increasingly critical issue of ‘greenwashing’ and companies seeking redress from governments over losses sustained from ‘green’ legislation.

An example of top-level litigation against a govern­ment was initiated in December 2018 by a group of French NGOs – Notre Affaire à Tous, Fondation pour la Nature et l’Homme, Greenpeace France and Oxfam France – alleging that the French government’s failure to implement effective measures against climate change violated a statutory duty to act. Once the French government rejected their claim, the organisations launched a suit in Paris, asking the court to order that the government pay compensation for the damage wrought by climate change.

On 3 February 2021 the Paris Administrative Court made its ruling; it recognised that govern­ment policy had caused environmental damage and ordered that measures be taken to tackle climate change, but it did not make a compensa­tion order as the claimants had not shown that any harm could not be repaired. However, a symbolic order of EUR 1 was made for “moral damage”.

Michelle Jonker-Argueta, senior counsel for strategic litigation at Greenpeace, anticipates an increase in the number of environmental claims brought by NGOs. She tells CDR: “The science is getting stronger and the law too is getting stronger, especially human rights legislation which enshrines the right to a healthy environment.”

Lois Horne, litigation partner at Macfarlanes, expands on Jonker-Argueta’s theme, highlighting a case in the United Kingdom, R(On the Application of Mathew Richards) v The Environment Agency and Walleys Quarry Limited [2021], brought on behalf of a five-and-a-half-year-old boy. It argued that the Environment Agency had failed to protect his right to life and family life under Articles 2 and 8 of the European Convention on Human Rights (ECHR), due to health problems caused by hydrogen sulphide emissions from a landfill site. “While he could not rely on a right to a healthy environment and had to satisfy the requirements to show his rights under the ECHR were violated, the case indirectly related to a right to a healthy environment,” says Horne, continuing: “Globally there have been cases which have similarly tried to claim indirectly the right to a healthy environ­ment through claiming that government bodies and officials had a statutory duty to care for individuals under certain domestic legislation,” high­lighting the Australian case of Sharma v Minister of the Environment (2021), which established the government’s duty of care to children relating to carbon emissions.

The other type of claim, Horne says, is against governments based on inaction resulting in environmental degradation, such as in Future Generations v Ministry of the Environment and Others [2018]. “A group of Colombian children success­fully claimed that the federal government, state and local authorities had all failed to protect the Colombian Amazon, resulting in increased greenhouse gas emissions and the negative asso­ciated health impacts, much like what was argued in Urgenda Foundation v Kingdom of the Netherlands,” a case brought on behalf of 886 individuals.

In July 2022, environmental charity ClientEarth successfully challenged the UK government’s net-zero strategy in the High Court, on the grounds that the measures did not go far enough. Not all cases have been successful though. In Greenpeace Mexico v Ministry of Energy and Others (2020) the District Court in Mexico City found no right to health or a healthy envi­ronment, instead holding that health is contin­gent on the quality of the environment and is not a right in and of itself. It did nonetheless grant a temporary injunction against proposals underway under the policies.

Similarly, in La Rose et al v Her Majesty the Queen (2020), a group of young Canadian claimants failed to hold the federal government to account on the basis of a public trust duty and fidu­ciary obligation with regards to the climate and their constitutional rights relevant to a healthy environment. 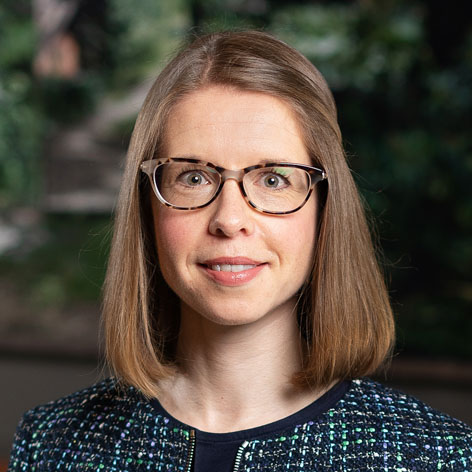 The litigation landscape is becoming more challenging for corporates due to the number of creative avenues through which claimants are bringing environmental causes of action.