As the Coronavirus Job Retention Scheme draws to a close and in light of new guidance issued by the Government in relation to Covid-19 on 22 September, the Chancellor has announced details of the new Job Support Scheme.

Rishi Sunak has confirmed the following points in the House of Commons. 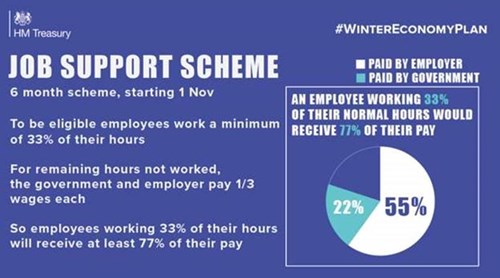 This is more generous than the package originally proposed by the CBI, modelled on the German "kurzarbeit" system. Equivalent support will be made available to the self-employed, and these structures will sit alongside additional loans and loan guarantees available to business.

Further details have been published in the Government’s factsheet.